Which Is Better For Bucket Truck Rental Near Me: Boom Lift Or Boom Truck

Home » Boom Trucks » Which Is Better For Bucket Truck Rental Near Me: Boom Lift Or Boom Truck 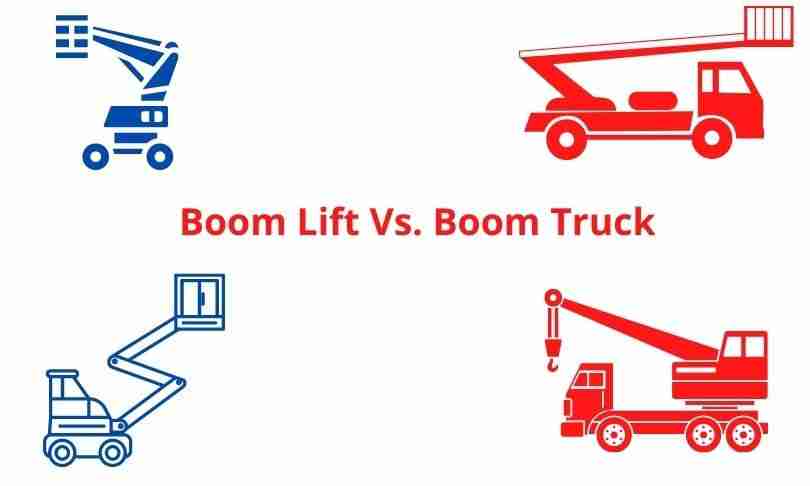 Your research to find a boom truck or boom lift usually starts with a quick search for a Bucket truck near me.  These different terms are often incorrectly used synonymously. Despite both being useful for diverse industries, they are different. They are commonly used for the telecom industry, photography and film making, fire industry, harvesting industry, exterior painting, the lighting industry, firefighters, construction company, and every other industry that works at an altitude. These companies decide to use a boom truck or boom lift depending on the condition of the job and the job sites because the boom truck and boom lift possess slightly different designs.

The price to rent a boom truck varies from one rental to another and depends on the characteristics of the boom truck or boom lift. Let’s explore the different types of boom trucks or boom lifts.

What Is A Boom Truck?

A boom truck is a hydraulic crane mounted onto a truck. It is used in construction sites to carry heavy loads or lift workers to heights that would otherwise not be accessible with assistance. Though they vary by manufacturer, the maximum boom length is typically around 110ft, while the total size of a boom truck is 180ft. Boom trucks could become unstable when there is an intense wind. OSHA truck wind restrictions prohibit the use of bucket truck rental at wind speed that exceeds 20mph, though these limitations may vary from one manufacturer to another. The size of the boom truck rental determines how much load it can lift or recover as well as the maximum height it can reach. The boom truck rental is helpful in the construction site as it helps reach inaccessible areas like a ditch, hillside, or a large hole other than its ability to reach unreachable height.

A typical boom truck has a boom section divided into three two-speed hoists, ten rear stabilizers for stability, a minimum of twenty-foot outriggers, and a 121-foot maximum height attainable.

Generally, there are two major types of trucks: swing cab and fixed cab vehicles. The difference between these two types of boom trucks lies in the mobility and positioning of their cabins. As a result, each will only be suitable for different lift scenarios.

Swing cab boom trucks are much more flexible. Some bucket truck rentals near me and construction companies might also refer to them as having swing seats due to the separate operator’s cab mounted on the truck’s ground. This swing seat is attached to the boom truck and will move and rotate with the boom. Therefore, the crane will have a more extensive range of motion, so it should handle a wider variety of lifts. The operator’s visibility is also improved extensively in this truck, making it better for intricate and delicate jobs. These attributes make construction companies often favor it in their bucket truck rental near me selection process.

In the case of fixed cabs, all the boom truck controls are situated in a single cabin, the driver’s cab, where the operator operates during the lift. So a fixed cab boom truck is identical to a standard truck with a boom on the back. These booms are often more compact and a bit shorter than swing cabs. The smaller size can enhance overall maneuverability.

But the fixed model’s structure also has its drawbacks. Since the cab is static, there will be limitations in the types of lifts that the operator can perform with it. This can be difficult for bucket truck rental near me lifts where better visibility is essential and not ideal if numerous ground obstacles or structures exist on the construction or job sites.

What is A Boom Lift?

Boom lifts are smaller booms with lighter weight when compared to boom trucks. This can be a disadvantage as they might not carry heavier loads, but it is a great advantage when maneuvering the boom lift in different directions. The lightweight makes the boom lift easily transportable to job sites. Boom lift reaches higher heights and, due to its flexibility, can reach the area of the sites that may seem inaccessible.

A boom lift is a mechanical device used for aerial works despite its small size. Boom lifts can typically carry loads to at least 30 feet high and can reach a height of 180 feet, depending on the manufacturer’s design.

A boom lift needs to be adequately maintained to work for a longer time and in perfect condition. If well maintained a boom lift can last for thirty years or longer. Manufacturers always recommend maintenance practices, including greasing, routine checks, and several other techniques to ensure safety.

Boom lifts can be a helpful tool during aerial projects. These projects include, but are not limited to:

There are two major types of booms lifts, and they are telescopic boom and articulating boom.

A telescopic boom lift (known as a stick or straight boom lift) features a single hinged extendable arm that the boom lift can stretch out across the distance. This type of boom lift is suitable for work in open spaces or on structures with rectangular shapes.

Differences Between Boom Lift And Boom Truck And Their Job Suitability

Traditional boom trucks are heavier when compared to boom lifts, and these characteristics make it easier for boom trucks to lift and recover heavier loads. The boom lift cannot carry a load exceeding 1000lbs typically, while the boom truck carries loads within 400-2000 pound loads. Therefore if you’re looking for a bucket truck rental near me to lift a load that exceeds 1000lbs in the construction site, it is advisable to go for the boom truck rental.

The boom lift can usually attain higher heights when compared to the boom truck. On average, the maximum height a bucket truck can reach is 45ft, boom lift, on the other hand, often extend to a height of about 60ft. if the boom lift rental wants to reach a height that is above 45 feet, then a boom lift will be more suitable for the job.

Due to its compact size and lighter weight, a boom lift is preferable when accessing ditches or angles that seem difficult to access. A boom lift can turn 360 degrees while the boom truck is more rigid and heavier, making it difficult to reach some angles.

Both the boom truck and boom lift are suitable for bucket truck rental. Choosing the one to prefer depends on the condition of the job site and the work needed to be done on the construction site. 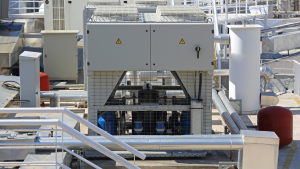 10 Items That Should Be Kept in HVAC Storage 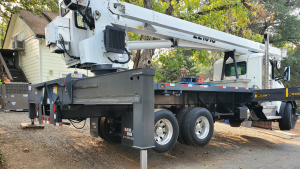 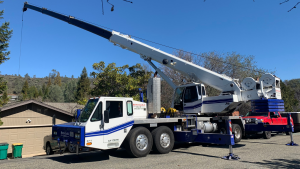 Contact us for estimates or questions about Street Closures, Flaggers, or Barricades in Sacramento.

Tell Us About Your Project. We look forward to connecting With you.